Several studies have showed the macroscopic difference in the gastrointestinal tract between the European wildcat (Felis silvestris silvestris) and the domestic cat (Felis silvestris catus). Digestive system in the wildcat is shorter than in domestic species and this feature is considered distinctive in the taxonomic classification of subjects (Schauenberg et al. 1977). This study is a part of a large investigation regarding the microscopic anatomy of the gastrointestinal tract of European wildcat.

Its main purpose was to enhance knowledge about this species, to get a comparison with domestic cat, and to evaluate if and how domestication has influenced the functional and morphological development of this apparatus. To this aim we collected, weighted and measured the gastrointestinal tract of twenty European wildcats. Afterwards, intestinal sections were sampled, treated and observed at the microscope in order to evaluate histological characteristics as the villi height and width, crypts depth and wall thickness. Results demonstrated significant differences in intestinal structure between F. catus and F. s. silvestris. Villi coming from domestic cats were significantly shorter (p< 0.0001) and wider (p< 0.0142) than in wildcats that showed crypts deeper (p< 0.0009). Domestication has led to significant changes in adaptation regarding both behavior and diet. Several studies showed the correlation between diet changes (protein, carbohydrates, and fiber concentration) and morphological adaptation in the gut of different species (Altmann, 1972; Hampson, 1983; Goodlad et al., 1988; Pluske et al., 1996; Sritiawthai et al., 2013). This study revealed that transition from a strictly-carnivorous diet (typical of the wild cat) to an omnivorous type, has modificated the nutritional intake considerably and influenced the evolution of the digestive apparatus in domestic cat. 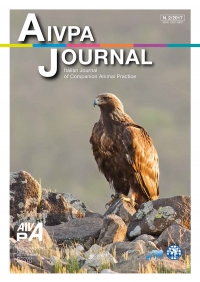