Osteochondrosis (OC) is a pathologic process in growing cartilage. Its main feature is a disturbance of endochondral ossification that leads to excessive retention of cartilage..Osteochondrosis can occur in any particular point within the cartilage and lead to a failure of the phenomena allowing capillary invasion and replacement of the cartilage by bone. Consequently, the cartilage tissue becomes abnormally thickened in that area. The cause of OCD is considered to be multifactorial. Trauma, hereditary factors, rapid growth, nutritional factors and ischemia all seem to contribute to the pathogenesis of OCD. The initial clinical symptoms exhibited by dogs afflicted with OCD may be subtle and difficult to detect. The severity of clinical signs does not always correlate with the extent of the radiographic evidence of disease. An accurate diagnosis is usually achieved with survey radiography or CR or IRM.
Conservative management of OCD usually consists of a combination of exercise restriction, body weight management, symptomatic pain management with analgesics and either steroidal or non-steroidal anti-inflammatory drugs, neutraceuticals and regimes of polysulfated glycosaminoglycans. It is generally agreed that surgical intervention is the best treatment option in order to prevent continued degeneration of the joint. Surgical arthroscopy allows enhanced visualization of intra-articular structures and is also associated with limited postoperative morbidity. Arthroscopy entails less disruption of the periarticular soft tissue and decreased soft tissue disruption leads to less postoperative pain. This is especially true when multiple joints are involved and are operated arthroscopically under the same anesthetic procedure. Whether the standard arthrotomy or arthroscopic approach is utilized, the response of OCD to surgical intervention is rapid and rewarding. A good to excellent prognosis is warranted in the overwhelming majority of cases when combined with appropriate postoperative medical therapy. 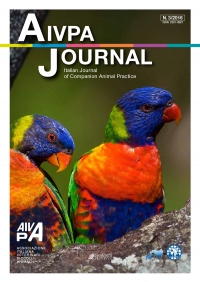