In order to assess the attitude of Italian practitioners on pain management in companion animals, a questionnaire was sent to about 4.400 Italian veterinarians to gather information about demographic characteristics, use of analgesia in dogs and cats in daily practice, assessment of pain, attitudes to pain relief, analgesic drugs used, factors affecting the choice of analgesic agents and continuing education.

One hundred and seventy-six questionnaires with useable data were returned (4%). The response rate was influenced by gender. Ethical and medical considerations were the most important reasons cited to treat pain. Fear of drugs side effects and lack of information were used to explain inadequate provision of analgesia.

Pain evaluation was mainly based on behavioural modifications in both dogs and cats; abnormal postures and response to palpation were considered good indicators in dogs, while in cats alteration in respiratory rate and modification of appetite were preferred.

Slipped disc, otitis (only in dogs), peritonitis, pancreatitis, bone tumours, thoracotomy and mammary, orthopaedic and dental surgery were the medical and surgical conditions considered most painful. Opioid agonists and non-steroidal anti-inflammatory drugs were the most commonly used analgesics. Among opioids, the most employed were butorphanol and buprenorphine, and among NSAIDs, the most popular was carprofen followed by meloxicam. Many veterinarians considered their knowledge of management of pain to be inadequate. Lectures or seminars were the preferred format for continuing education.

The very low response rate of Italian practitioners, demonstrates a low level of concern in analgesia, probably because of the lack of continuing education on this topic. The responses regarding pain management reveal the need for more open discussion, adjustment of attitudes and continuing education on recognition and alleviation of pain. 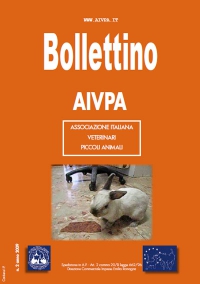