The accidental ingestion or inhalation of human drugs by companion animals that live in the house is often a true emergency because of the rapid onset of clinical signs and death.

This review focalizes on toxicity of 3 classes of dangerous drugs: antidepressants, β2-agonists and birth control pills.

Specificity for each neurotransmitter determines the antidepressant’s effectiveness and potential neurological and cardiovascular side effects. Overdoses of SSRI are much less likely to be fatal than overdoses of TCA or MAOI. However, the outcome of an antidepressant toxicosis depends on the dose ingested, treatment, and exposure to other medications. The prognosis also depends on the dog’s overall health, especially if there is a history of liver or renal disease. The prognosis is generally good with rapid and aggressive therapy.

The immediate delivery of massive amounts of β2-agonists from inhalers punctured by dogs warrants prompt veterinary attention. Clinical signs reported in such exposures are fairly predictable; lethargy, tachypnea, agitation, and trembling are among the most common. Tachycardia is the most consistent clinical finding.

With appropriate monitoring of vital signs and electrolytes, supportive care, and administration of pharmaceutics to mitigate the adverse effects, toxicoses due to β2-agonists can be managed successfully, unless existing cardiac disease is present or the toxicosis is compounded by the concurrent use of tricyclic antidepressants, monoamine oxidase inhibitors or digoxin.

Birth control pills are oral contraceptives that contain combinations of progesterone, estrogens and, sometime, iron. The primary concerns are the estrogens levels and the iron levels if any. High doses of estrogens have been associated with blood dyscrasia in small animals who accidentally ingest a big number of pills.

High iron levels may be associated with corrosive gastroenteritis.
The therapy consists in decontamination and monitoring of cells blood count. 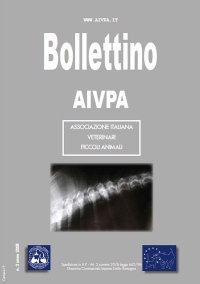