The Rhodesian Ridgeback is a dog breed originated in South Africa, know as “lion dog” because in the past it was used to hunt this animal.

The Rhodesian Ridgeback’s characteristic is a ridge in the back, a stripe of hair in the opposite direction compared to the coat.

Dermoid sinus is a kind of dermoid cyst resulting from an incomplete separation of the ectodermal from neural tube during embryogenesis. This condition, considered congenital in the Rhodesian Ridgeback, is known, as well, in other dog breeds, but it isn’t considered an hereditable pathology because of the sporadicity of the cases.

The dogs affected by this pathology can show any clinical sign or can present a complex clinical picture depending of the particular type of dermoid sinus. 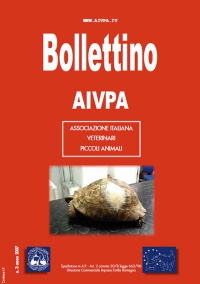